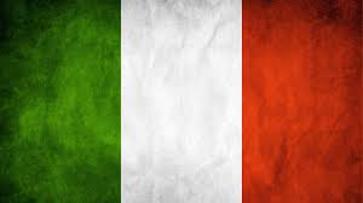 Watch as Frank Gagliano Jr. demonstrates the muffuletta toasting method that has made Frank's Restaurant a Decatur Street landmark for 50 years. Look for Frank's at 933 Decatur St. across from the

​​It's the home of the best muffuletta in New Orleans. Folks on Decatur Street LOVE our Italian cold cut and olive salad sandwich said Frank. Frank's Restaurant's turns out the Big, Round, Working-Man's Delicacies for 50 years now.

Frank Gagliano Jr. said that the restaurant's recipe includes Genoa salami, thin-sliced ham, imported Swiss cheese and hand-mixed olive salad, which is a slightly different composition, and better than any other sandwich around. But the more important distinguishing characteristic of Frank's family's muffulettas are in the magic of their electric oven above the sandwich-making station.

"What we do here differently from anybody else," Gagliano said, "is we toast the bread nicely, and we melt the cheese top perfection. Really, it's like hot-baked, right out of the oven freshness. It's the best way to eat them."

The 800 to 1,200 muffulettas Frank's produces each week are a fragrant tribute to the time-honored technique.

Frank Gagliano said that his dad, Frank Sr., moved from his native New York to New Orleans sometime in the 1950s. In 1965 he opened an Italian deli, not much different from the ones back home. He served a wide selection of sandwiches from two counters, but the muffuletta was his Decatur Street favorite.

Standing on the restaurant balcony, Gagliano gestured toward the river as he explained that things were different in the French Quarter 50 years back. The riverside streets were bustling with seamen and dockworkers as well as tourists. Over the years, the muffuletta satisfied all.

"My father ran the restaurant for almost 20 years, then my brothers and I took over," Gagliano said.

It was Frank Jr. and his siblings that expanded the place over the years. First they added a sit-down dining room to the narrow sandwich shop, then opened the upstairs, where a mural of Venice stretches across one wall. The balcony, which provides a bird's-eye view of the Golden Statue Of St. Joan, seating 25+ folks downstairs and 35+ folks upstairs.

Frank Jr., who attended culinary college in New York, said that over the past 35 years he added Italian hot dishes to the menu, plus New Orleans-style seafood options and even a few Cajun flourishes. Despite the Italian theme, Gagliano said the restaurant has won awards for its famous Gumbo too.

"We started out with basically all sandwiches," Gagliano said, "but when I got out of culinary school, I wanted to add more to the menu. We're known for Veal Marsala, Chicken Picatta and Snapper Jack."

"We're one of the few left down here that's family-run," he said. "I have a couple of brothers and a sister and we all work together. We stuck together and we've done very well in the business."

As we sat in his wonderfully crowded dining room, a family, including a group of cute children, chatted at the table behind us. When a brimming seafood platter arrived in their midst, gasps of anticipation arose. Outside a steady stream of pedestrians passed, as some stopped to read the Daily Specials on the blackboard or watch the newly installed HD-TV Screen showing Frank's Specials rolling one after another, as some glanced in the window at the fabulous muffuletta-making operation!.

Frank Gagliano said we had an AMAZING Celebration of the restaurant's 50 Years in business, and for us too stay tuned, for something special coming soon, I wonder what Frank has in mind?